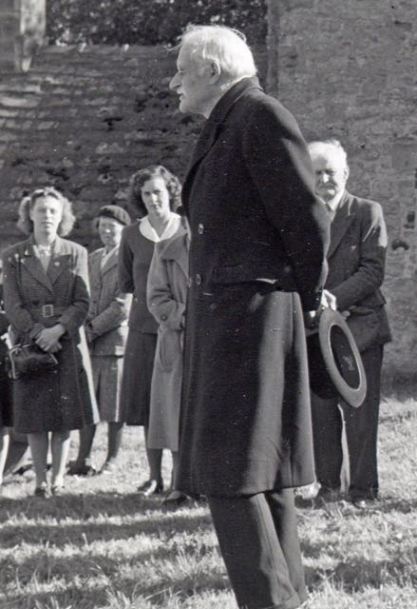 GM Trevelyan, historian and author, was the first president and great spokesman for the Youth Hostels Association. He epitomised the spartan in youth hostels. He also gave land and money for youth hostels including Black Sail, Castle Hedingham, and Once Brewed.

YHA could have chosen his brother, Sir Charles Trevelyan, for their president but instead they went for the younger brother. He brought with him great connections with the National Trust and was instrumental in bringing National Trust properties to be youth hostels.

Trevelyan and Jack Catchpool, first YHA national secretary, started discussing how the National Trust could help the new association right from the start.

Trevelyan was modest about his contribution to youth hostels. He felt that others did much more than him and that it was Catchpool and others who carried out most of the work.

Not surprisingly, he took a spartan approach to his own life. His own home was said to be hard and cold, and he was infamously mistaken by one of the staff at a Cambridge college for a tramp.

As a historian he loved the British landscape and thought that walking was the only way to see and experience it. He referred to his legs as two doctors that kept him fit and healthy. Even when he was in Cambridge, he went walking in the countryside and shooting for the pot. He disliked the idea of driven grouse shooting, most likely because he thought it was a lazy, as well as an unsporting, way of shooting birds.

Trevelyan retired from YHA in 1950 but his contribution remains in his writing for Rucksack magazine and his lasting legacy is Black Sail, the much loved youth hostel in Ennerdale.

Once Brewed, another Trevelyan legacy in Northumberland, is now part of a major project to create a landscape discovery centre including a youth hostel. The other youth hostel that he contributed to, at Castle Hedingham in Essex, closed in 2008 and is now a family home once again