In June 1930 The Manchester Guardian reported a hostel had opened in Hope in the Peak District, months before the official Youth Hostels Association opened its first youth hostel in Wales.

A group from Sheffield had taken the “stables of Birchfield”, and opened a hostel with seven beds, a good water supply, pans and an oil stove for simple cooking, and a few chairs. They were members of Toc H, a charity begun in the first world war to bring people of different backgrounds together.

A member of the group slept on the spot, and they planned more beds, for up to 30 or 40 people, electric lighting, and other improvements at the hostel. The Hope Valley is at the heart of some of the best walking in Derbyshire, within easy reach of Sheffield, and a natural place to open a hostel.

They weren’t going to compete with other bodies, they assured The Guardian. They knew an official youth hostels association was busy with far reaching plans for places like the Lake District, North Wales, and the Wye Valley.

They might have known that others had started hostels. The Clarion Club already had huts for its own members. The Scottish Young Men’s Holiday Fellowship ran holiday lodges on the Scottish Borders and in the Highlands, and the Northumbrian Trampers’ Guild had seven centres. The Holiday Fellowship had huts in the Lake District, and in North Wales too.

The group in Hope claimed their hostel as the first inspired by German youth hostels, and they believed the next year would see a real beginning for British youth hostels.

They were right about that. Youth hostels really did get going the next year. By the end of 1931, 73 hostels were open as the official association got going. One of the Northumbrian Trampers Guild’s centres opened as a youth hostel at Wallington in 1932.

I’m less certain what became of the other early hostels in Scotland, Northumbria, and elsewhere, including the one at Hope. The YHA handbook listed a hostel at Hope in 1932, in the guest house at Birchfield but not the stables. Perhaps this was the bigger venture the Toc H group had planned, now a part of the official YHA.

Whatever became of that early hostel at Hope, it shows how youth hostels had their beginning long before there was any official association. Many different groups and organisation came together to found YHA. Toc H was just one of those many groups that made up the movement that became YHA, with a member of Toc H as its first chairman.

The story of those early days is often confused but full of excitement. The Manchester Guardian’s report is evidence of those times as different groups and people in different places pushed to open youth hostels. The official organisation arrived in time to pull these strands together and to really give impetus to the start of youth hostels in Britain. 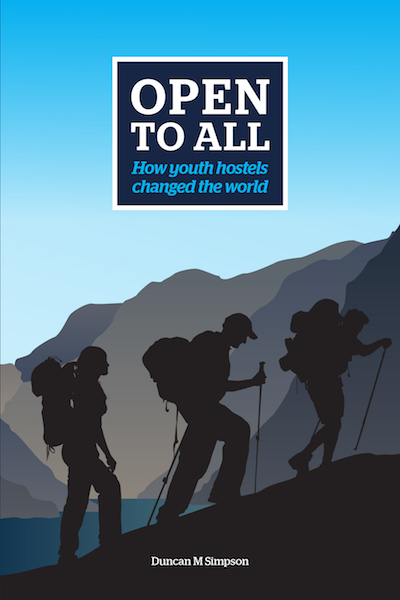